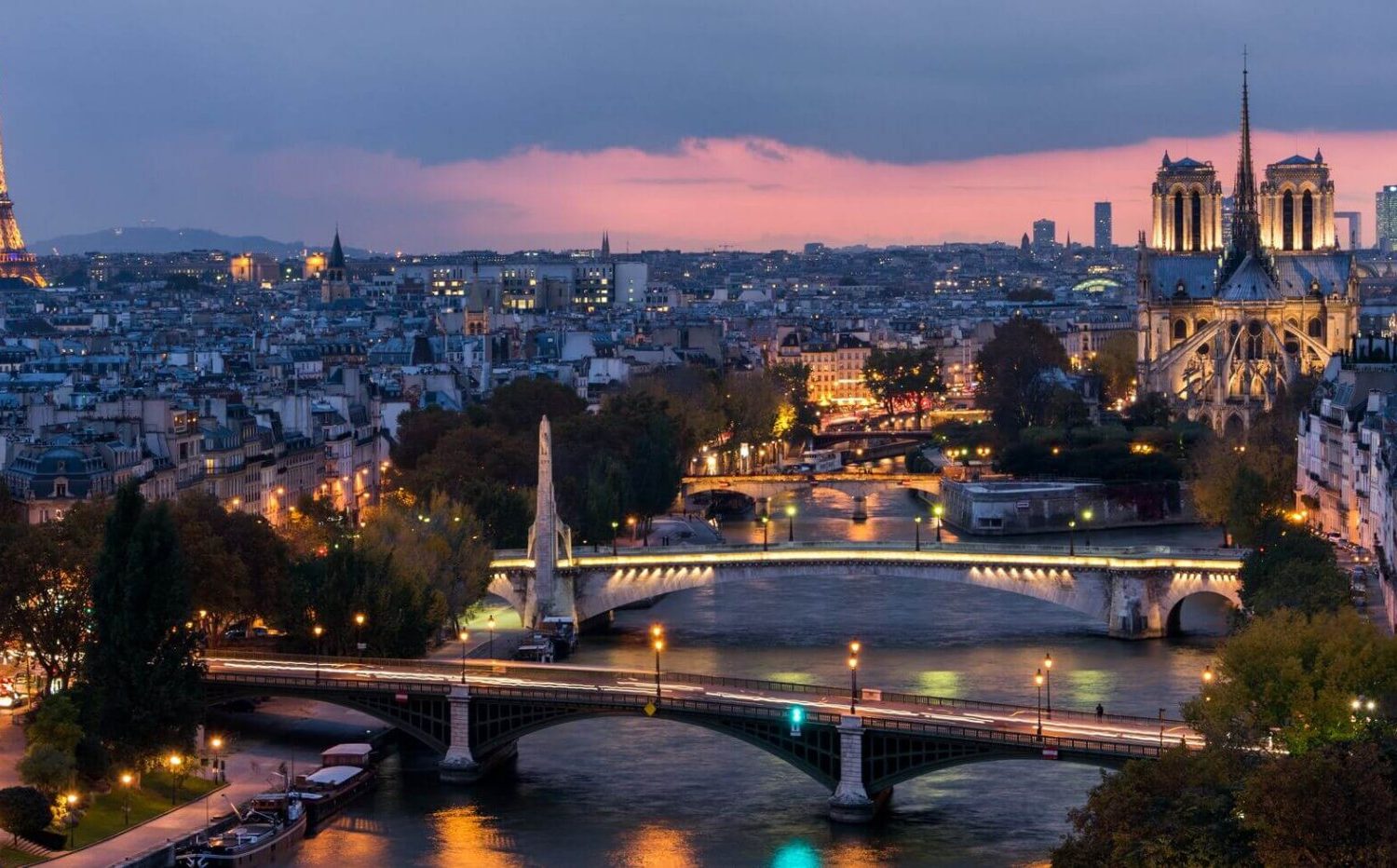 The Louvre Museum is one of the largest museums in the world. It is also the largest museum in Paris.
Located in the heart of the city of Paris, near the right bank of the Seine. The building is an old royal
palace. It is located in an axis that includes the Concorde, the Star and goes to La Defense. It is also the
largest museum in the world with 210,000 m2 of which 60,600 m2 of galleries.
Among the most famous pieces of the museum are the Code of Hammurabi, the Venus of Milo, the
Mona Lisa by Leonardo da Vinci, and Liberty guiding the people of Eugene Delacroix … The Louvre is
the most visited museum in the world with 8.3 million visitors in 2006.
The Louvre pyramid is commissioned during the renovation of the Louvre by the French President
François Mitterrand, it was designed by the architect Leoh Ming. The pyramid was inaugurated on March
30, 1989. 26 meters high and 35 meters wide, it consists of a metal structure filled with numerous glass
triangles. Its extremely modern appearance contrasts with the Louvre Palace.

A true emblem of Paris, the Eiffel Tower is a 324-meter-tall iron tower including the antennas, built by
Gustave Eiffel and his collaborators for the 1889 World’s Fair in Paris. It welcomed 250 million visitors in
2010 At a height of 312 meters originally, the Eiffel Tower remained the highest monument in the world
for 40 years.

The Cathedral of Notre Dame of Paris is located on the Ile de la Cité called “the House of God and the
House of Men” a place of history and spirituality. It was erected on the Island of the East City and was
inhabited by the Gauls Parisis from the second century BC and occupied by the Romans of Julius
Caesar in 52 BC. In 2013, Notre-Dame de Paris celebrated its 850th anniversary.

The Sainte-Chapelle, also known as Sainte-Chapelle du Palais, is a chapel built on the Ile de la Cité in
Paris, at the request of Saint Louis to house the Holy Crown of Thorns. This chapel is of Gothic style, it is
its huge original stained glass windows which make today the wealth of the Sainte-Chapelle.

Opera Garnier was built on the design of the architect Charles Garnier following the competition
organized as part of the project of transformations of Paris, led by the Prefect Haussmann during the
reign of Napoleon III. The construction was interrupted by the war of 1870 then was resumed at the
beginning of the Third Republic. Opera Garnier was inaugurated on January 5, 1875 by Mac Mahon.
Today, it is one of the prestigious operas of the world.

Place Vendôme is considered one of the most luxurious squares in the world. The architecture was
designed by Jules Hardouin-Mansart in 1699. In its center, is the column Vendome built in 1810, shot by
the communards, then rebuilt.
It was called Place Vendôme as early as the 17th century, but the oldest was called Place Louis le
Grand and originally Place des Conquêtes.

The Basilica of the Sacred Heart of Montmartre, called the National Vow, located at the top of the
Montmartre hill is an important religious building, “sanctuary of Eucharistic adoration and divine mercy”.
The construction of this church, a monument both political and cultural, follows the post-war period of
1870. It is part of a new “moral order” 2 following the events of the Paris Commune, including
Montmartre was one of the highlights. With nearly eleven million pilgrims and visitors a year, it is the
second most visited Parisian religious monument after Notre-Dame Cathedral.

The Moulin Rouge is one of the most famous Parisian cabarets in the world. It was founded in 1889 by
Joseph Oller and Charles Zidler. October 6, 1889, opening of the Moulin Rouge, in the Jardin de Paris at
the foot of the Montmartre hill. A new dance inspired by the Quadrille or “heckling” and more and more
popular: the French Cancan, performed on a furious rhythm by dancers in alluring costumes. The
Moulin-Rouge is a place loved by artists, the most emblematic of which was Henri de Toulouse-Lautrec.
His posters and his paintings assured the Moulin-Rouge a rapid and international notoriety.

Avenue des Champs-Elysees is a big and famous way of Paris. It is considered by many to be the most
beautiful avenue in the capital and, according to an expression commonly used in France, as the most
beautiful avenue in the world. It is also one of the main tourist places of the capital. It stretches from
Place de la Concorde to Place Charles-de-Gaulle in the 8th arrondissement and is a major part of the
historic axis of Paris.